Demonstrate evidence of independent practice in one or more specialist options. This reflects the fact that, although there are common areas of work for learning technologists, practice is extremely diverse and everyone specialises in something different.

The capacity to look after personal health, safety, relationships and work-life balance in digital settings; to use personal digital data for positive wellbeing benefits; to use digital media to foster community actions and wellbeing; to act safely and responsibly in digital environments; to manage digital stress, workload and distraction; to act with concern for the human and natural environment when using digital tools; to balance digital with real-world interactions appropriately.

I am interested in 'Digital Wellbeing' in the context of learning technologies. For example, VLEs and portfolio tools create a wealth of data about user interactions that could be used to support the experience of working and studying in HE. This information could be used to visualise workload and help students and staff understand when intervention/action to manage this would be required.

This interest is born from the critical engagement with technology that forms part of the role of Learning Technologist. When I talk to staff and students, frustrations arise from use of institutional technologies and there are often communities of practice where people are engaged in learning with personal devices that sit outside the VLE, Library Systems, Assessment and Feedback policy.

Each year, I go to one of the larger social spaces at the University with a pack of post it notes and pens and ask students to recommend apps that support their studies. We then publish this as a blog post and use this as part of the PGCHE delivery, discussing these with staff. Wellbeing apps have been mentioned each year, with students finding ways to deal with stress, distraction and procrastination.

In order to investigate this further, I decided to use insider research and focus my MA Education studies to focus on student experience and perception of technologies to support learning within creative subject disciplines. I am using the Jisc/NUS Benchmarking tool as a basis to study the student experience in creative subject areas. One of the areas of focus here is Digital Wellbeing and I am looking at ways in which students perceive the positive and negative effect of technology in this area.

To do this, I have undertaken a survey followed by a series of interviews and focus groups with students that expanded on some of the key comments from the initial survey.

My intention is that through this research; the institution in which I work, staff, students and other Arts focused HEIs can use the recommendations to review their approaches to Digital Wellbeing.

Whilst the research focuses on wider perceptions of Learning Technology, I will present here evidence and reflection associated with the Digital Wellbeing aspect.

Two questions in my survey and interviews/focus groups centred on the notion of wellbeing in relation to our use of technology:

Can you give any examples of where technology has benefited your sense of wellbeing?

Can you give any examples of where technology has had a negative effect your sense of wellbeing?

Many survey responses identified use of Social Media as having a positive effect on sense of wellbeing through peer support:

“talking to people who were going to be on my course online... made me less scared to move here."

Here they are identifying the role that a sense of community or belonging can play in transition from one place to another, suggesting that technology is facilitating the learning community outside of institutional systems. In relation to learning, one student commented on the role of video, specifically Youtube in being “much easier and less stressful than reading badly put together instructions”. Tutors might work with students and make use of analytics to identify the most useful resources to support learning and remove those that add to confusion and stress.

Further to this, responses fell within aspects of institutional approach to technology and the function of the technology itself:

"Living in rural Cornwall internet is not at its best. I went to submit an assignment via the internet in the morning, but due to internet being weak I couldn't! I continued to try through the day but with only an hour to go to the deadline at 3pm i had to race to Falmouth (to hand in) I missed picking my kids up from school on that day and was very stressed for an important meeting later that day."

"Not being able to access or understand the meaning of the various University platforms or how they connect to each other. It all seems very abstract."

"Not being able to switch off. too involved and invested in the use of tech in my personal life"

Concerns are expressed about expectations of online assessment submission and the usability of institutional systems which the students interact with. On a personal level, the ability to ‘switch off’ is affecting wellbeing.

As with the survey, students in my interviews and focus group identified use of social media as having a largely positive effect on wellbeing, but where this worked best was when it was self-organised as opposed to facilitated for or by the institution.

As this phase of the study had relatively few participants, it was harder to draw together common themes, so it is presented here more as a conversation and interpretation. David note that that technology made it easier to access to his year group. In the focus group, Beth corroborated this by stating that communication with peers was of great benefit.

David went on to say that within his student union role and as part of course activities, the use of technology drove him “insane”, that he was “hating it” and it made things “stressful”. He was “inundated with notifications” but talked of being an outside on various Facebook groups, as for personal posts he would "get 60 likes, but in a course group it’s like they hate it”. This statement has echoes of Jenkins’ (2007) idea of participatory culture where value and worth is derived from social media engagement.

Students also talked about the need for support as part of well being whether that be from the institution or from each other. This may be because it was raised earlier in the interview and student’s wanted to talk more. In addition to positive use of social media to connect to peers, learning from one another was also of clear benefit.

Alongside asking about the positive and negative affects of technology on our wellbeing, I also raised the theme of procrastination and distraction which was prominent in the initial survey. Students had previously referred to this as having a negative affect, but the interviewees and focus group were more balanced in their responses.

“It’s just part of being a student” said Kim, adding that “we need to make room for procrastination”. In the focus group, Adam referred specifically to the social media and wellbeing:

It [social media] can make you feel behind and distant, causing stress and anxiety, but when you’re anxious, mindlessly scrolling through facebook can calm you down”. (Adam, MTEM)

Earlier he talked about facebook being used as a diversion in class, which may suggest that anxiety exists in the classroom environment. Connor added it that people felt anxious about being left out before social media and that it can help you “free yourself”.

In terms of my practice as a Learning Technologist, I have presented this feedback alongside findings from a recent Jisc Digital Tracker to our executive teams. I have been asked to follow up with further focus groups around specific themes such as digital wellbeing that will be run in conjunction with the students union. Conducting this research has also had the effect of facilitating a greater understanding of the work of the Educational Technology team amongst students and staff. I have been asked to co-ordinate the development of a student led platform for cross course collaboration and the abilities of the learning technologist to contribute towards research, pedagogical development and learning design has also been raised with executive staff.

I am aiming to build Digital Wellbeing into training as a capability for staff and also into learning design as a capability that students develop through the curriculum. 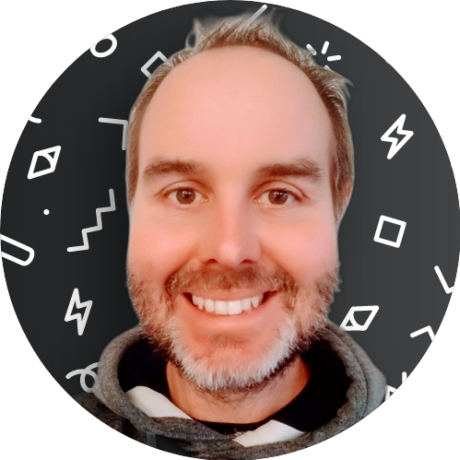